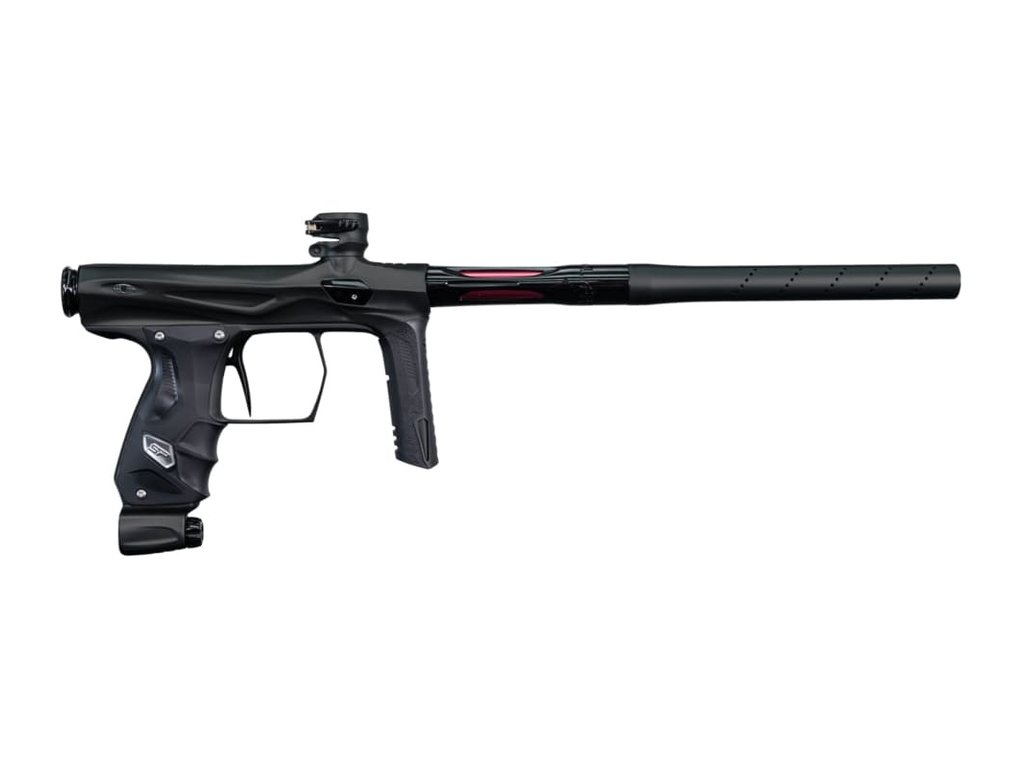 $899.95
GOG
•••••
From the birth of electronic paintball through the resurgence of mechanical, the Shocker® has evolved at the cutting edge of the game.
Share this product:

From the birth of the electronic paintball gun to the resurgence of mechanical paintball guns, the Shocker® has always been at the forefront of the game. The Shocker® AMP keeps the tradition going with new refinements, maintaining its position as the ultra-efficient, ultra-slim and ultra-light workhorse paintball gun.

AMP Core - The Shocker AMP features the new AMP core which offers 20% greater efficiency than the Shocker XLS.  The Shocker AMP can shoot even the most brittle paint with ease. The Shocker AMP operating pressure is a very low 110 PSI and the AMP Core boasts a 1 million cycle O-ring life!

Twist Lock Vent - The Shocker AMP features a twist lock vent bolt release system with a simple turn of the knob for fast and easy access to the AMP Core!

Tooless Solenoid Valve Assembly - Remove the trigger frame from the body of the Shocker AMP with ONE screw. The Shocker AMP solenoid valve quickly removes without any Allen wrenches. Easily convert your Shocker AMP from mechanical with the CC Frame (Classic Conversion Frame) to the electronic trigger frame with only one Allen screw!

Faster Frame Removal - Shocker AMP features a fast latch frame with only one Allen screw near the back of the trigger frame to remove the trigger frame from the body. Along with the two-piece board design, this makes disassembling the Shocker AMP extremely fast and simple for maintenance or swapping your Shocker AMP to be a mechanical paintball gun!

Improved Water Resistance – Paintball doesn’t stop when the weather gets rough, and neither does the Shocker® AMP. Better protection against moisture intrusion keeps you in the game when others falter. The Shocker AMP grips feature an extra sealing line along the inside of the grip to lock out dirt and moisture. Play all day in any conditions!
Refined Ergonomics – A redesigned trigger guard leaving more room on the Shocker AMP electronic trigger frame allows for more stable gripping while running, and the new slimline reg cover offers better handling for a more stable shooting platform on one of the lightest and most slim tournament paintball guns ever made!
Compact QEV Module - Fully integrated into the bolt, the QEV on the Shocker AMP allows the AMP Core to cycle at outrageous speeds while maintaining incredibly